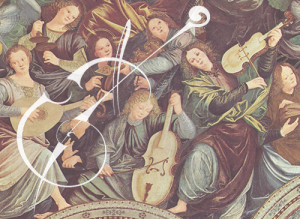 Paul Luchkow hails from Victoria BC to be our guest artist and director for this concert. A versatile violinist and violist whose activities cover the range of music from the 17th century to the present day on modern and period instruments. He performs with The Victoria Baroque players, Early Music Vancouver and the Portland Baroque Orchestra. He will lead the way to explore gut strings, baroque bows and he will unravel the mysteries of the string world.

As well, Tara And Marie-Noelle will perform the Brandenburg IV on recorder with Paul on Violin. Anyone who loves Bach’s Brandenburg Concertos will not want to miss this — one of our favourite pieces. 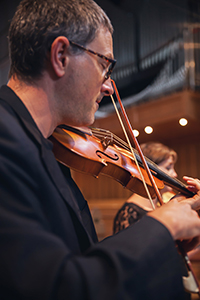 Paul Luchkow is a versatile violinist and violist whose activities cover the range of music from the 17th Century to the present day on modern and period instruments. In addition to the Victoria Baroque Players, Paul is a regular feature of Vancouver’s Early Music scene, Paul is a long-time member of the Pacific Baroque Orchestra and appears frequently in concerts for Early Music Vancouver as well as at Victoria’s Pacific Baroque Festival. Paul also performs frequently with the Portland Baroque Orchestra and collaborates with colleagues from all across Canada and the US. A highlight of the last few years has been his work with fortepianist Michael Jarvis and their exploration of Classical and Romantic sonata repertoire on period instruments. Their recording of Hummel Sonatas (Op. 5) for fortepiano and violin / viola is available on the Marquis Classics label and they have recently released a recording of sonatas by Mozart. Their next project will be sonatas of Felix Mendelssohn.