Hello, Mrs. Bach (Women in Baroque Music) will be a joint venture with one of our favourite partners, Dr. Barbara Reul from Luther College at the University of Regina. Dr. Reul is an engaging presenter and has an uncanny way of taking an audience back in time to laugh and learn about the lives of these wonderful composers, performers and muses. We also welcome past Per Sonatori guest soloist, soprano Janelle Lucyk, along with her partner, Kerry Bursey, tenor and lutenist. 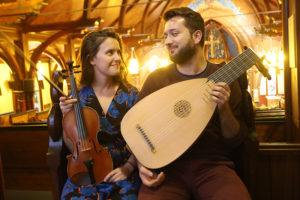 Janelle Lucyk, soprano
Janelle Lucyk graduated in 2014 with distinction from the Conservatoire Royal de Bruxell es in Belgium where she performed with three choirs, debuted Lux Aeterna, written for her and the Brussels Chamber Choir by Jan Moeyaert,  and formed Voces Desuper, an ensemble performing regularly in the magnificent Cathédrale de Saints-Michel-et-Gudule, and especially at the Te Deum ceremony for the King and Queen of Belgium. Following, she completed her Masters in Management at Durham University in the UK and won the role of Susanna in Durham Opera Ensemble’s The Marriage of Figaro for which she was awarded the Best Soloist by Music Durham, and Best Female Soloist by her peers at the DOE.

Janelle has been captivated by Canada’s flourishing music scene since arriving in the stunning Maritimes. She’s had the good fortune of working with Paul and Nick Halley on many projects including Monteverdi’s Vespers, Handel’s Laudate Pueri, and multiple Bach Passions. She has appeared as a soloist with Boar’s Head Festival (NS), Newfoundland Symphony Orchestra (NFLD), Aureas Voces (ON, NS), Per Sonatori (SK), Theatre of Early Music (ON, QC), Ensemble Caprice & Constantinople (QC) and projects involving improvisation, early music, and jazz with composer/organist Peter-Anthony Togni, Jeff Reilly (bass-clarinet) and Sarah E. Myatt (mezzo).

Janelle was raised in Regina, SK and here her musical formation began thanks to two incredible teachers Rudolf Sternadel (violin) and Diana Woolrich (voice). She is delighted pay hommage women in Baroque music this March with Per Sonatori!

Kerry Bursey is a young tenor and multi-instrumentalist from Montreal, particularly active in the Early music scene throughout Canada. A herald of the lost art of self-accompaniment, he is one of the few to simultaneously sing and play early repertoire, most notably on the lute, theorbo and guitar. He regularly sings with groups such as Studio de musique ancienne de Montréal, Ensemble Caprice, Theatre of Early Music, Harmonie des Saisons, Arion Baroque Orchestra, Clavecins en Concert and Aureas Voces. He also sings with the choirs of Montreal Symphony Orchestra, Orchestre Métropolitain, I Musici, les Grands Ballets and the Church of St. Andrew & St. Paul. He has participated in Tafelmusik’s Baroque Summer Institute, and has studied and performed sacred cantatas of Bach in Germany and Italy at the renowned Bachakademie in Stuttgart and the Bachkantatenakademie in Weimar. Kerry is a graduate of the Conservatoire de musique de Montréal in classical guitar and has performed as a soloist with the Orchestre symphonique des Jeunes de Montréal (in which he played the viola for 2 years) and was a finalist at both the 2011 Grand Prix de guitare de Montréal and the Concours de musique de Sorel. 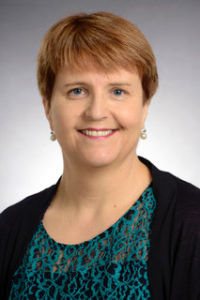 Dr. Barbara Reul has been teaching music history at Luther College and the University of Regina for nearly two decades. She is passionate about carrying out research at archives in Germany (which she left after finishing high school) because it informs much of what happens in and outside of her – never boring! – classroom. Her favourite period in music history is the Baroque (ca. 1600–1750), and her favourite composer is Johann Friedrich Fasch (1688–1758), who served as Kapellmeister at the Court of Anhalt-Zerbst, the childhood home of Catherine the Great of Russia, a former Princess of Anhalt-Zerbst. Dr. Reul’s interest in women in music began in 2002 when she was first asked to offer a 400-level survey course on that topic and enjoyed it tremendously. She is thrilled to teach a new version of “Music, Women, Culture” this semester and looks forward to introducing females who were engaged in music in centuries past – including Anna Magdalena Bach who gave up a lucrative career as a court singer when she married a widower and single dad named Johann Sebastian on 3 December 1721 – together with Per Sonatori, Janelle Lucyk, and Kerry Bursey.